How Chelsea and Liverpool could line up in FA Cup final 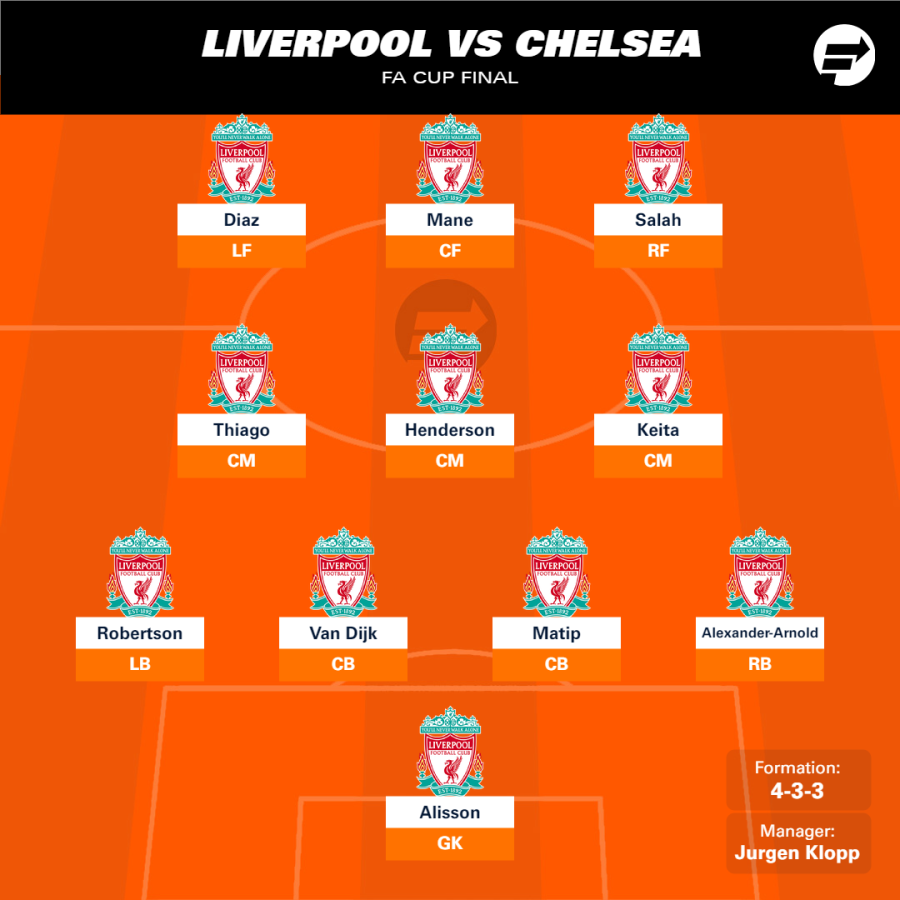 The Blues cruised past Crystal Palace in the semi-final, while the Reds overcame Premier League title rivals Manchester City in rather comfortable fashion.

Having won last season's edition of the Champions League, Tuchel's men now have their eyes on the FA Cup to add to their Club World Cup success in February.

Liverpool, on the other hand, are still in contention for a historic quadruple, after beating Chelsea in the EFL Cup final already in this campaign.

A back three of Andreas Christensen, Thiago Silva and Antonio Rudiger will be hard for Liverpool's forwards to infiltrate.

And, the wing-back pair of Marcos Alonso and Reece James will also be hard to shut out at the other end.

Mateo Kovacic escaped nasty injury against Leeds after a shocking tackle from Daniel James saw him substituted - he should partner Jorginho in midfield.

Mason Mount, one of the nominees for the Premier League's young player of the season award, could feature alongside fellow youngster Christian Pulisic.

As for Liverpool, the favourites to win the trophy, the usual back four of Andy Robertson, Joel Matip, Virgil van Dijk and Trent Alexander-Arnold is expected to line up.

Holding midfielder Fabinho is suspended, so captain Jordan Henderson could take his place.

A technically gifted duo of Thiago Alcantara and Naby Keita should feature slightly further up the pitch in the midfield.

Jurgen Klopp could select January signing Luiz Dias over Diogo Jota for the vacant position in the formidable front three.