Does the NBA support Robert Sarvers decision to beat the Phoenix Suns? 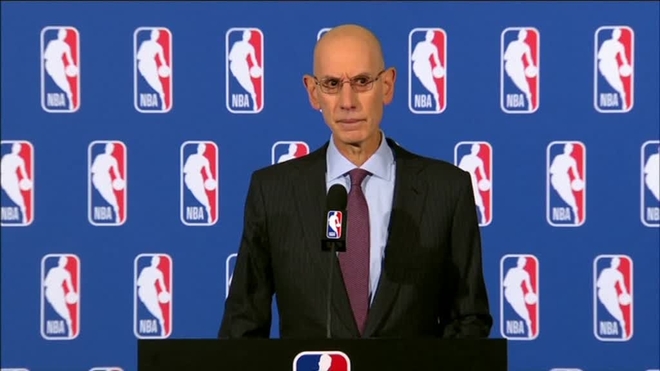 In a short, but forceful message, Commissioner Adam Silver said that Robert Sarver's decision to sell the NBA's Phoenix Suns and the WNBA's Phoenix Mercury is the right thing to do.

Robert Sarver was accused for his racist and violent attitudes with some workers, for which he was fined $10 million and suspended for a year, but the pressure was so great that he decided to step aside and sell his teams.

Through a statement, Sarver admitted his guilt and decided to sell the Suns and the Mercury, which was applauded and acknowledged by the NBA Commissioner.

"I fully support Robert Sarver's decision to sell Phoenix Suns and Mercury. This is the right next step for the organization and the community," Silver stated in an NBA release.

In addition to Silver, other figures linked to the NBA world have also expressed their opinion regarding what happened with Sarver, such as Los Angeles Lakers star LeBron James, who applauded the Phoenix team owner's decision.

"So proud to be part of a league committed to progress!" wrote LeBron on his Twitter account.

"As a man of faith, I believe in the path to forgiveness. I had hoped the suspension would give me time to focus, improve and remove personal controversies from the teams I and so many people love. But given the climate that has been generated, I believe that this is no longer possible. That all the good I have done has been dragged down by the words I said. That's why I'm going to look for buyers for the Suns and the Mercury," Sarver, who admitted his guilt and ended up being overcome by the pressure, wrote in a statement.